In Memory of Michael Soulé, Project Coyote Science Advisory Board, 2008–2020 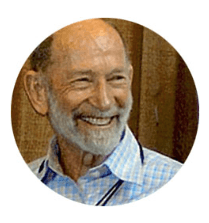 It is with a heavy heart that we share that Project Coyote Science Advisory Board Member Michael Soulé passed away on June 17 at the age of 84.

I first met Michael in 2004 at a Society for Conservation Biology conference. A colleague introduced us and I remember feeling a mixture of awe and excitement to meet this man I had long admired in the wildlife conservation sphere. I shared with Michael some of the work I was doing with regard to carnivore conservation and predator management reform, and he encouraged me to publish and expose some of my findings.

Michael mentored countless conservationists—many of whom went on to have their own significant careers in wildlife conservation and environmental protection. Among his many noteworthy students was Kevin Crooks, whose seminal research with Michael in San Diego contributed to the mesopredator release theory. This ecological theory (developed by Michael to describe the interrelated population dynamics between apex predators and mesopredators within an ecosystem, such that a collapsing population of the former results in dramatically increased populations of the latter). Crooks, who was studying at the University of California at Santa Cruz, and Michael surveyed enclaves of land around San Diego. They found areas visited by coyotes had fewer small predators such as raccoons, skunks, and cats, but more native birds. Elsewhere, in areas devoid of coyotes, midsize predators like skunks and cats were common and birds were more rare.

To read more about Michael’s work and publications, visit: www.michaelsoule.com.