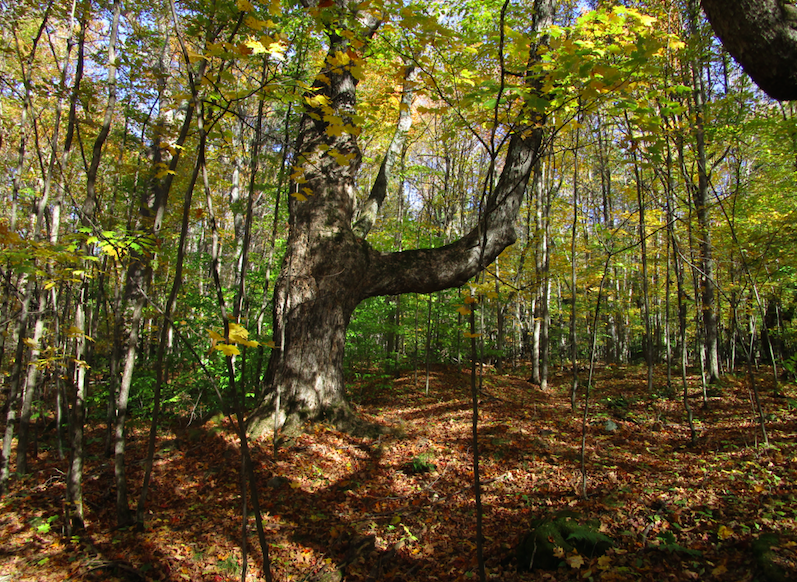 We find ourselves not at the edge of a precipice, but beyond it. Climate change is altering the world as we know it, no matter how quickly we act to reduce our collective carbon footprint. But the worst impacts are still avoidable with natural climate solutions. Permanently protecting forests and allowing them to grow in landscapes free from direct human manipulation is proving to be one of the most effective and cost efficient methods available to address the climate crisis. While wild nature has a right to exist simply for its intrinsic value, recent science is shedding peer-reviewed light on the exceptional carbon storage capacity of unmanaged land, and its equally important benefits for safeguarding biodiversity. In this short synthesis, ecologist Mark Anderson summarizes recent studies which demonstrate that in our fragmented, fast-developing world, wilderness offers the earth and its community of life the precious gift of time. —Jon Leibowitz, Executive Director, Northeast Wilderness Trust

A long-standing debate over the value of old forests in capturing and storing carbon has prompted a surge of synthesis studies published in top science journals during the last decade. Here are five emerging points that are supported by solid evidence.

Recently published, peer-reviewed science has established that unmanaged forests can be highly effective at capturing and storing carbon. It is now clear that trees accumulate carbon over their entire lifespan and that old, wild forests accumulate far more carbon than they lose through decomposition and respiration, thus acting as carbon sinks. This is especially true when taking into account the role of undisturbed soils only found in unmanaged forests. In many instances, the carbon storage potential of old and wild forests far exceeds that of managed forests. We now know that the concept of overmature forest stands, used by the timber industry in reference to forest products, does not apply to carbon. In the Northeast, a vigorous embrace of natural climate solutions to mitigate global overheating does not require an either/or choice between managed and unmanaged forests. Conserving unmanaged wild forests is a useful, scalable, and cost-effective complementary strategy to the continued conservation of well-managed woodlands.

Mark G. Anderson, PhD is the Director of Conservation Science for The Nature Conservancy’s Eastern U.S. Region and a board member of the Northeast Wilderness Trust.

Mark Anderson is director of conservation science for The Nature Conservancy’s Eastern U.S. Region. He provides science leadership, ecological analysis, and landscape assessments for conservation efforts across twenty-two eastern states. He holds a doctorate in ecology from University of New Hampshire and has published widely on climate change resilience, large landscape conservation, biodiversity, and forest dynamics. In 2016, Mark won The Nature Conservancy’s Conservation Achievement award. Mark also serves on the board of directors of Northeast Wilderness Trust.