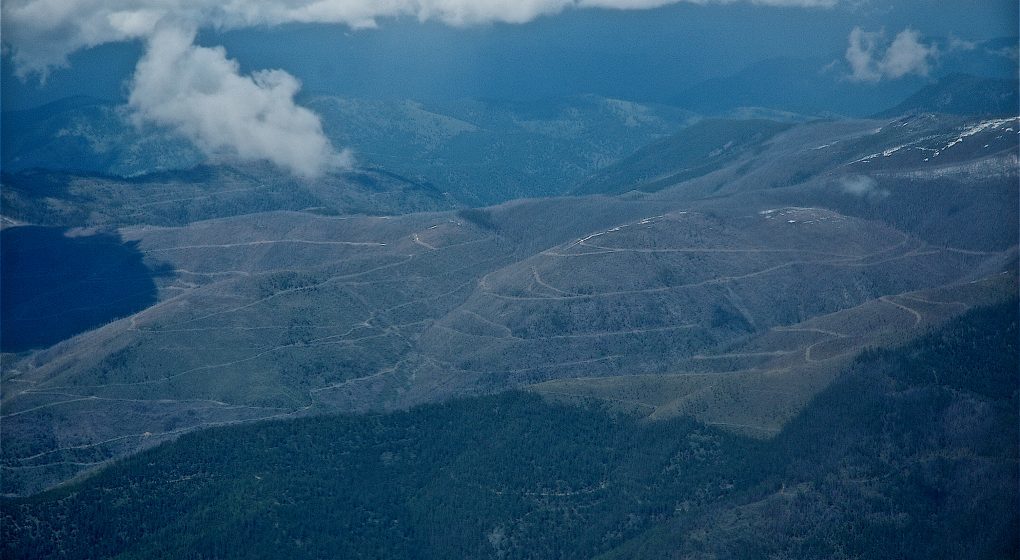 #53 Around the Campfire; Oh, Give Me Land: How the Public Lands Began

The United States has been the world’s leader in the on-the-ground designation of protected areas—National Parks, Wilderness Areas, Wildlife Refuges, Wild & Scenic Rivers, National Monuments, National Forests, and other kinds and degrees of wild havens.  The key reason for why this is so, is that the United States has a system of federal public lands unlike that of any other nation.  Federal public lands make up one-third of the total land area of the US—and this does not include lands owned and managed by the states.  The irony behind our matchless and priceless system of public land is that it came out of a goal to dispose of public lands to businesses and settlers.  Even rather few conservationists understand the background for the federal public lands.

While Spain took over the New World for the Three Gs (God, Gold, and Glory), settlers from England, Scotland, Holland, Sweden, and Germany came to North America for religious freedom, economic opportunity, and…LAND.

Listen to the cowboy sing the song of America:

Oh, give me land,

Under starry skies above.

Don’t fence me in.

We came with a hunger for land.  This hunger for land—and the freedom to slake that hunger—is at the heart of the American national selfhood.  We wanted land to clear, crop, build homes, rear families.  We saw land as a way to pile up wealth.  However, for many, there was a deeper hunger for land—for the freedom to roam, to not be hemmed in, and to get away from lords, kings, and sheriffs.  All these hungers were fed by an oddly American hallmark—that of public land.  Open land.  Up-for-grabs land.  Federal government land.  The way the United States brought into being the thought and work of public land shaped our settlement layout from the Alleghenies to the Pacific and led to the flaying of the land.  On the other hand, it later bequeathed to us the world’s best conservation birthright and lore.  For the first hundred years of public land—the Frontier Century, the aim was to give it away and sell it so as to build the nation and, in smoky backrooms, to make the politically mighty wealthy.  Only in the second century of public land did a more greathearted belief—that of keeping and stewarding land in public ownership for the good of all Americans—come into being.

To understand today’s land, water, and wildlife clashes, we must go back to the beginnings of public land, back even before the United States.

At the end of the Seven Years’ War in 1763, King George III decreed that his subjects could not settle west of the Appalachians.  This royal order was meant to stop the headstrong, out-of-hand spread of settlers west where their ties and loyalty to the crown frayed and then unraveled more and more.  George III was pretty much setting aside the trans-Appalachian country for Indian tribes.  Notwithstanding the King’s bidding and the threat of Shawnees, Miamis, and Cherokees shielding their land, my Scots-Irish and English forebears on the far-western edge of European society looked hungrily over the mountains at the land and the freedom, and at the pigeons, bears, buffalo, and elk.  Even more hungrily, maybe, George Washington and other land speculators looked west to the buckraking happenstance of selling land to Dodsons and Foremans.  As historian Louis M. Hacker has written:

The west was not opened up by the hardy frontiersman; it was opened up by the land speculator who preceded even the Daniel Boones of the wilderness.  When the young Washington surveyed the lands around the waters of the upper Potomac in 1748 he was doing so as the representative of a great colonial landlord and as the scion of a rich land-owning family; and when he bought up soldier bounty claims in the decade following he was only pursuing the same line of interest already marked out by the Fairfaxes, the Lees, and the Mercers.

Then, in 1774, came the Quebec Act, setting up civil government for the “French-speaking, Roman Catholic inhabitants of Canada and the Illinois country.  The law extended the boundaries of Quebec to include the French communities between the Ohio and Mississippi rivers.  It also granted political rights to Roman Catholics and recognized the legality of the Roman Catholic Church within the enlarged province,” wrote the authors of A History of the United States to 1877.  This land between the rivers (now Illinois, Indiana, Ohio, Michigan, and much of Wisconsin and Minnesota) was seen by the thirteen colonies as their natural path for booming growth.  Indeed, some of the seaboard colonies had earlier been granted land claims by the crown in the land now given to Quebec.

Shutting off the west to frontiersmen and land speculators was enough for dashed-hope anger, but among the colonists were many also given to paranoid conspiracy theories, who saw this retreat  from deviling Catholics as a sign that the Anglican and Catholic churches were coming back together after a two-hundred-year-old split, and that “a plot was afoot in London for subjecting Americans to the tyranny of the Pope.”

Please click here to read the entire Campfire, including footnotes.