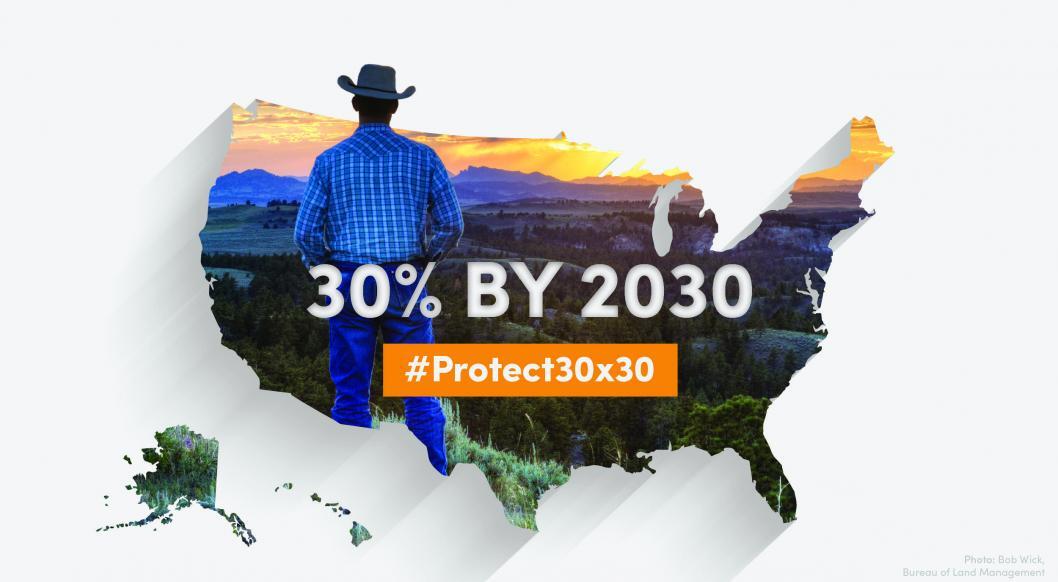 Within his first week as president, Joe Biden has signed a number of executive orders related to climate change and the environment while also advocating for the 30×30 plan. Many see these orders as a promising look on environmental policies and attitudes soon to come. As well, these orders provide an optimistic look at how rewilding can flourish within this administration.

Biden began his first day under his presidency by signing 2 executive orders on the environment.

The first titled, “Executive Order on Protecting Public Health and the Environment and Restoring Science to Tackle the Climate Crisis” creates a temporary suspension on oil and gas activity specifically in the Arctic National Wildlife Refuge, revokes the Keystone XL Pipeline permit, and calls on agencies to revisit over 100 Trump actions pertaining to the environment. This includes giving land back to Bears Ears National Monument and the Grand Staircase-Escalante National Monument which are critical locations to help create a natural wildway to help with rewilding for the continental United States. (See: How The Rewilding Institute is Supporting 30×30 and Half Earth)

The other executive order focuses on the United States rejoining the Paris Agreement on Climate Change which would see the United States minimizing its environmental footprint and helping stop earth’s temperature from rising 2°C or more.

Biden also signed executive orders on the environment which established a council of advisors on science and technology, added more responsibility for federal agencies on scientific integrity, and put climate as a focal point in U.S. foreign policy with a national Climate Task Force being created.

Yet most importantly in terms of rewilding, the Biden administration on Wednesday, January 27th, issued a press release that advocates for the 30×30 plan. Focused on the order that deals with the climate crisis at home and abroad the press release states:

“The order commits to the goal of conserving at least 30 percent of our lands and oceans by 2030 and launches a process for stakeholder engagement from agricultural and forest landowners, fishermen, Tribes, States, Territories, local officials, and others to identify strategies that will result in broad participation.”

The 30×30 plan is integral in rewilding as it gives the foundation to fight climate change, preserve and restore wild places, and maintain wildlife for the future. (For more on the 30×30 plan in relation to rewilding see: What Could 30×30 Look Like for Wildlife Habitat)

The Biden administration shows a lot of promise in environmental advocacy yet there is still unending work to do. Readers can help by urging their elected officials and neighbors to support 30×30 and Half Earth and by supporting local and regional land trusts and conservation advocacy groups.